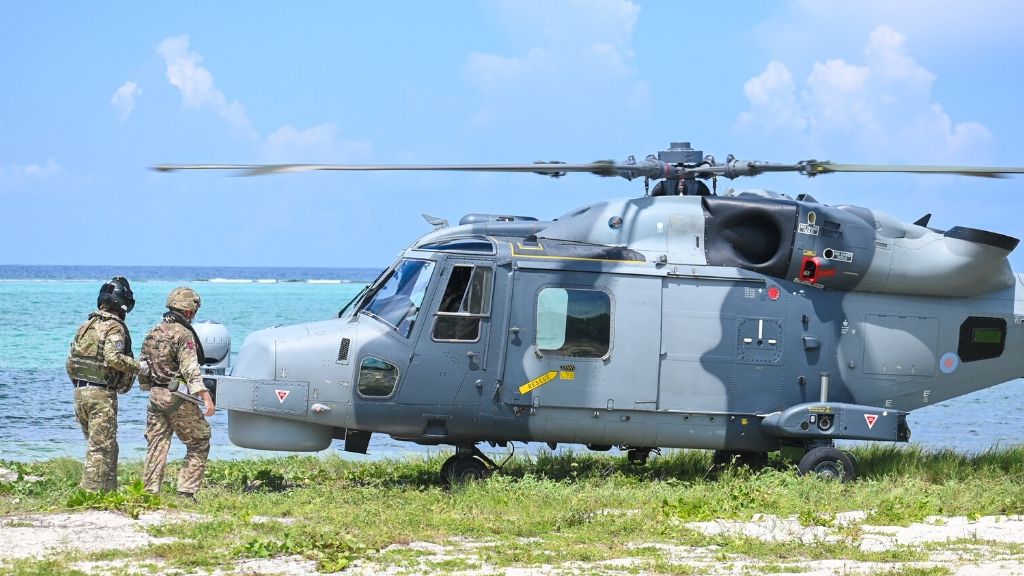 “So much of disaster response these days is about external help as well as what’s happening internally,” said Danielle Coleman, Director of Hazard Management Cayman of the chilling view into what it would look like in the event of a hurricane that would require emergency support from the United Kingdom.

On Thursday afternoon, the crew of RFA Argus came ashore at Colliers Beach to test their communications, set up base and run a medevac exercise to test their disaster management plans in the event that they would need to support Cayman during a hurricane or similar emergency.

“There are lots of really interesting things that we had to deal with this year that we didn’t have to deal with in previous years,” said Danielle Coleman of the added measures that were put into place due to COVID-19 to ensure social distancing, one of which was the change of location of the exercise from Seven Mile beach to the more desolate Colliers Beach in East End.

“We are more ready than we have ever been,” followed the Premier. “We have been in crisis mode for three months.”

The emergency scenario tested disaster management plans should they be required after a hurricane. During the exercise, the crew transferred an injured person to a medevac post, triaged him and determined that he would need to be airlifted to the ship for further treatment.

The governor advised that, “RFA Argus provides different support to Mounts Bay, which visited us last year, but combined with HMS Medway, is even more valuable. There are four helicopters on board and workboats that can bring supplies and troops ashore if we need it. Helicopters could do quick reconnaissance to assess damage. Engineers could repair the airport runway and help fix basic infrastructure.”

“It reinforces the strong UK commitment to the Overseas Territories at this time of year,” he said.