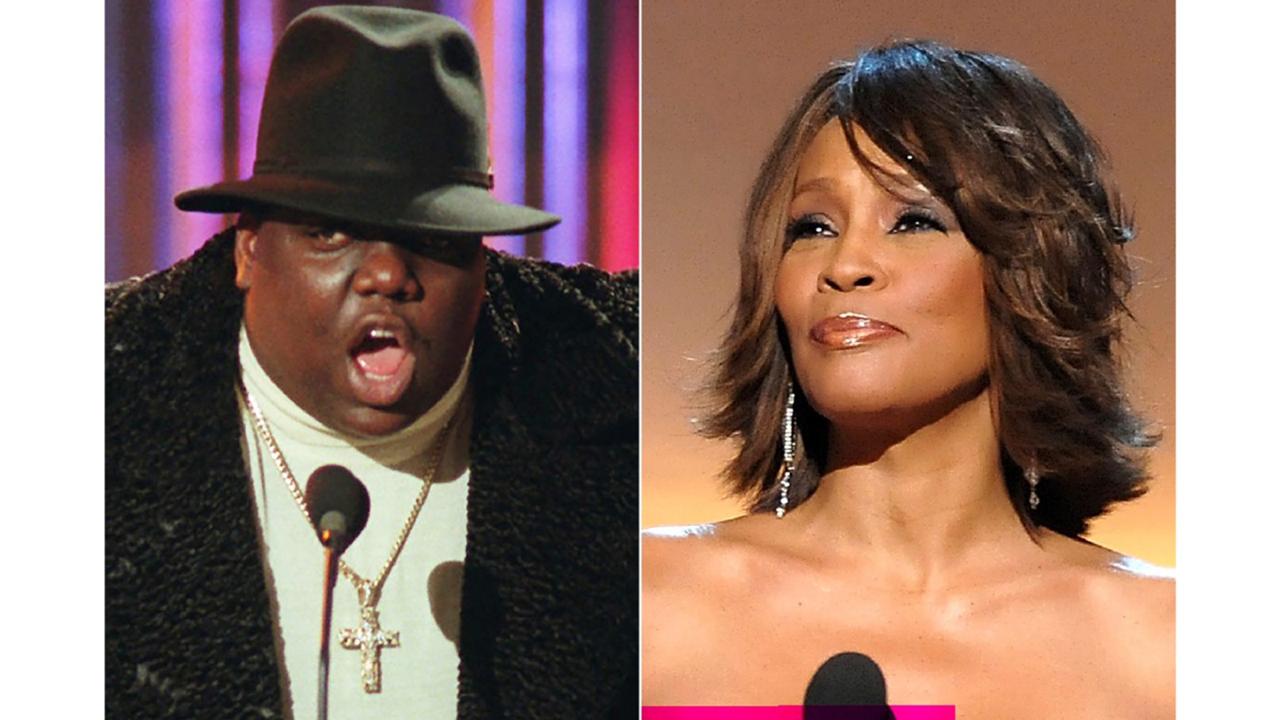 This combination photo shows Notorious B.I.G., who won rap artist and rap single of the year, during the annual Billboard Music Awards in New York on December 6, 1995, left, and singer Whitney Houston at the BET Honors in Washington on January 17, 2009. Houston and the Notorious B.I.G. are among the inductees to the Rock and Roll Hall of Fame's 2020 class. (AP Photo)

Years after their deaths, Whitney Houston, the Notorious B.I.G. and T. Rex's Marc Bolan will be inducted into the Rock and Roll Hall of Fame.

The Rock Hall’s annual induction ceremony was originally supposed to take place in May at the Public Auditorium in Cleveland, the city where the rock museum is located, but things changed because of the coronavirus pandemic. Instead, HBO will air a taped special airing Saturday at 8pm EST, with big names like Bruce Springsteen, Sean “Diddy" Combs and Alicia Keys making appearances alongside some of the inductees.

Houston, who died in 2012, released her debut album in 1985 and became one of the greatest singers in music history. B.I.G. only released two albums but made a major impact on both the rap and pop music scenes.

The death of Bolan in 1977 ended British band T. Rex, known primarily for its 1970s hit “Bang a Gong (Get it On)” and, to a lesser extent, “Jeepster.”
Artists become eligible for induction to the Rock Hall 25 years after the release of their first record.

Depeche Mode remains active, but its biggest influence came in the 1980s when its post-punk, synthesizer-dominated music made the Brits a favourite of the goth subculture.

With songs like “Closer,” Nine Inch Nails was a leader of the industrial rock movement in the 1990s. And the Doobie Brothers weren’t critical favourites, but they had some indelible rock hits in the 1970s, including “Listen to the Music,” “Black Water” and “China Grove.” This year they are celebrating their 50th anniversary.