The world observes Earth Day virtually in light of COVID-19 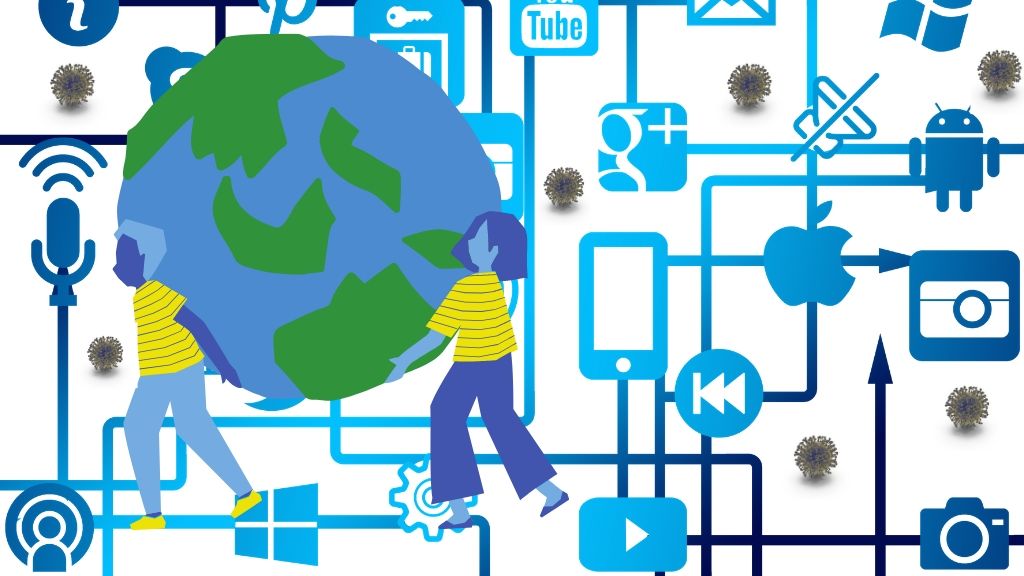 For the first time ever, individuals, non-governmental organisations and community groups have been forced to keep their distance on Earth Day, a day when millions of people typically gather in their respective countries to make pledges and take actions to demonstrate their appreciation for the Earth and to try to find practical solutions for the many threats that it faces. On a positive note, COVID-19 has also caused many persons to rethink how they do things.

The Earth Day Network launched its virtual campaign on April 1 with the tagline “We don’t shut down— We shift”; this encouraged many persons and institutions to follow suit with virtual campaigns across the globe.

The 50-year observance of Earth Day was initially conceived as a unified response to an environment in crisis— oil spills, smog and rivers so polluted that they literally caught on fire. Close your eyes and imagine that on April 22, 1970, 20 million Americans, 10% of the population at the time, took to the streets, college campuses and hundreds of cities to raise awareness about prevailing environmental ignorance and demanded a new way forward for the planet. As a result of those actions, many laws have been passed over the years, ensuring that governments exercise more prudence when managing their natural resources.

The 2020 Earth Day theme is Climate Action. This is of great importance to the Caribbean and other Small Island Developing States (SIDS) that contribute very little on an aggregate level to global greenhouse gas emissions but stand to suffer the most because of the adverse effects of climate change.

Each year we see more intensified weather events such as hurricanes, earthquakes, droughts and floods. Climate change will undoubtedly wreak havoc on the region's agricultural, health and tourism sectors. Now more than ever, it is critical for citizens to call on governments to put adaption and mitigation measures in place that will reduce dependence on fossil fuels and shift to renewable energy; promoting sustainable agriculture and land use and the creation of offshore breakwaters, groins and beach nourishment activities, to name a few.

Within the Caribbean, a number of virtual campaigns kicked off on Earth Day 2020. The Organisation of Eastern Caribbean States (OECS) teamed up with the Caribbean Natural Resources Institute (CANARI), to stage two webinars: one on Biodiversity on April 22 and the second on the "Green-Blue Economy" slated for Thursday, April 23 from 10 am. Readers can join the conversation at: https://pressroom.oecs.org/webinars-oecs-to-host-two-earth-day-webinars-on-biodiversity-and-the-green-blue-economy-22-and-23-april-2020#.

The Smithsonian Conservation Common will also be hosting an Earth Optimism 2020 Digital Summit from April 22-26. The purpose of the summit is to change the narrative “from doom and gloom to optimism and opportunity on conservation. The full schedule can be accessed at: https://earthoptimism.si.edu/calendar/2020-dc-summit/

Given the impossibility of experiencing a sunset or sunrise at its flagship site-- the Pigeon Island National Landmark, the Saint Lucia National Trust launched its first-ever first Digital Sòlèy Lévé (sunrise in Kweyol) and Sòlèy Kouché (sunset in Kweyol) challenging the public to take a photograph and post an image of a sunset or sunrise and share what personal action they will take to protect the Earth. Massy Stores Saint Lucia has joined the digital campaign and will be providing grocery vouchers to the winner who will also receive a grocery hamper at a higher value which they can donate to a family in need, a charity or to frontline workers in the fight against COVID-19.

While it is a huge deviation from the norm, this new move to carry out virtual Earth Day observances on such a large scale might result in greater awareness being raised about environmental issues, especially among youth who frequent social platforms.

Digital campaigns will undoubtedly reinforce the importance of taking care of the earth’s natural resources. These efforts also demonstrate the importance of partnership and the need for resilience as organisations and individuals collaborate for an important cause, despite adversities.

Its lights out at 8:30 pm for annual #EarthHour